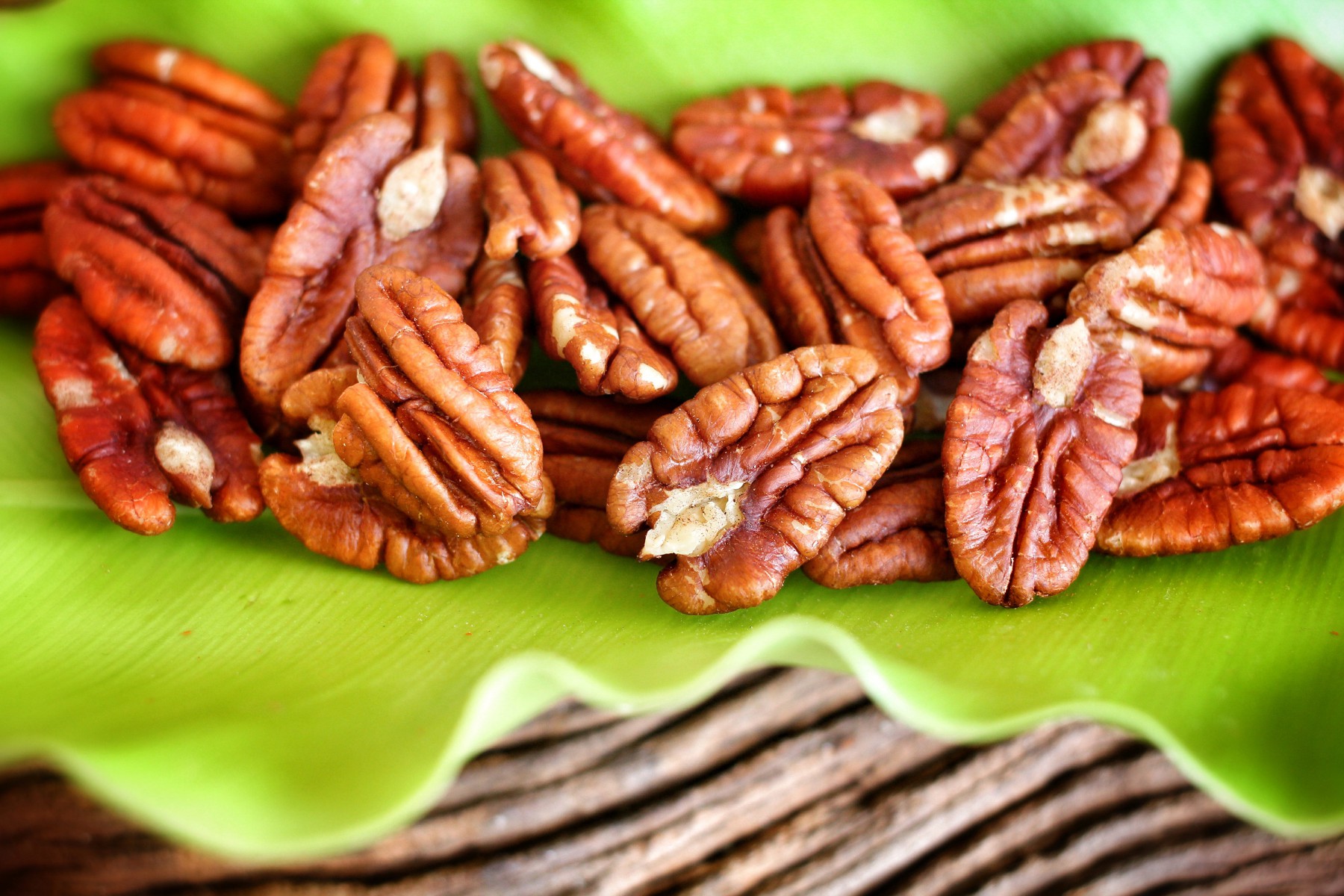 Studies over past decade show natural antioxidants in pecans reduce some health risks, prevent others

Naturally-occurring antioxidants in pecans may help contribute to heart health and disease prevention, according to a study at Loma Linda University. The results were published in the January 2011 issue of The Journal of Nutrition.

Pecans contain different forms of the antioxidant vitamin E, known as Tocopherols plus numerous phenolic substances, many of them with antioxidant abilities. The nuts are especially rich in one form of vitamin E called gamma-Tocopherols. The findings illustrate that after eating pecans, gamma-Tocopherol levels in the body doubled and unhealthy oxidation of LDL (bad) cholesterol in the blood decreased by as much as 33 percent. Oxidized LDLs may further contribute to inflammation in the arteries and place people at greater risk of cardiovascular problems.

These findings are from a research project designed to further evaluate the health benefits of pecans conducted by Dr. Ella Haddad. She analyzed biomarkers in blood and urine samples from study participants (a total of 16 men and women between the ages 23 and 44) who ate a sequence of three diets composed of whole pecans, pecans blended with water, or a control meal of equivalent nutrient composition. The pecan meals contained about three ounces of the nut. Samples were taken prior to meals and at intervals up to 24 hours after eating.

Following the test meals composed of whole pecans and blended pecans, researchers found that amounts of gamma-Tocopherols (vitamin E) in the body doubled eight hours after both meals, and oxygen radical absorbance capabilities (ORAC – a scientific method for measuring antioxidant power in the blood) increased 12 and 10 percent respectively two hours after the meals. In addition, following the whole-pecan meal, oxidized LDL cholesterol decreased by 30 percent (after 2 hours), 33 percent (after 3 hours), and 26 percent (after 8 hours).

Research from an earlier Loma Linda pecan study, published in the August 2006 issue of Nutrition Research, showed that adding just a handful of pecans to your diet each day may help inhibit unwanted oxidation of blood lipids, thus helping prevent coronary heart disease. The researchers suggest that this positive effect was in part due to the pecans significant content of vitamin E. Oxidation of lipids in the body, a process akin to rusting, is detrimental to health.

In the laboratory analysis of blood samples from the research subjects, Dr. Haddad’s team found that the diets enriched with pecans significantly reduced lipid oxidation. Oxidation levels were evaluated using the TBARS test, which measures oxidation products. The researchers also found that blood levels of Tocopherols were higher after participants were on the pecan diet. Cholesterol-adjusted plasma gamma-Tocopherol in the study participants blood samples increased by 10.1 percent (P < .001) after eating the healthy pecan diet. The researchers concluded that these data provide some evidence for potential protective effects of pecan consumption in healthy individuals.

In addition, landmark research published in the Journal of Agriculture and Food Chemistry (June 2004) found that pecans rank highest among all nuts and are among the top category of foods to contain the highest antioxidant capacity, meaning pecans may decrease the risk of cancer, coronary heart disease, and neurological diseases such as Alzheimer’s.