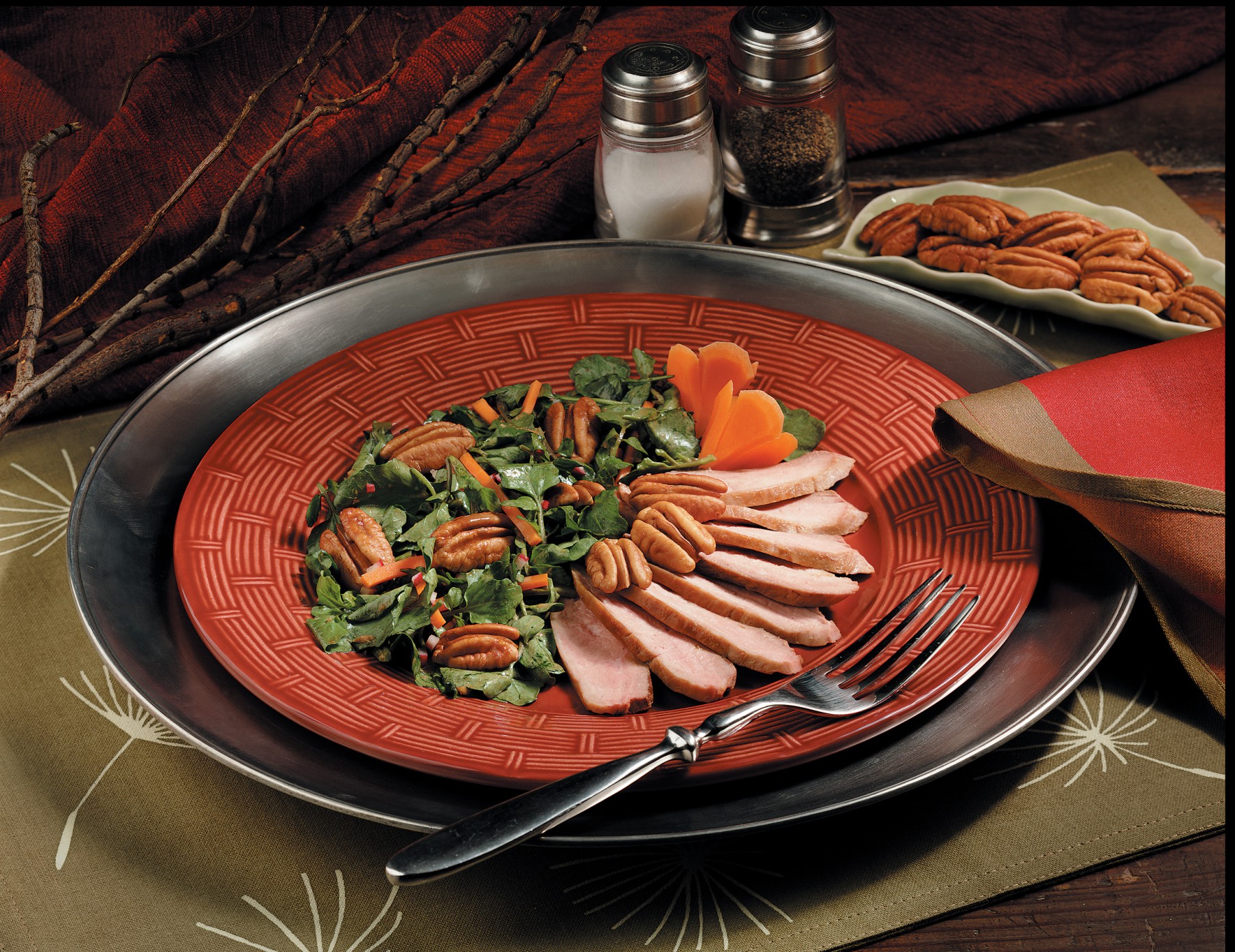 Prepare Dressing: In a blender or small food processor, combine all Ginger Dressing ingredients; mix until garlic is very finely chopped and ingredients are well blended. Set aside while preparing salad.

Heat the 2 teaspoons oil in medium skillet over high heat. Sprinkle duck breasts with salt. When oil is hot but not yet smoking, add duck. Reduce heat to medium high and cook until well browned – about 5 minutes; turn duck breasts and cook until browned on other side but pink in the middle – about 4 – 5 minutes longer. Transfer duck to cutting board and let rest 5 minutes.

Meanwhile, remove and discard tough stems from watercress. Cut carrot into thin matchstick-size sticks and combine with watercress. Toss salad mixture with half the Ginger Dressing. Mix remaining dressing with the pecans.