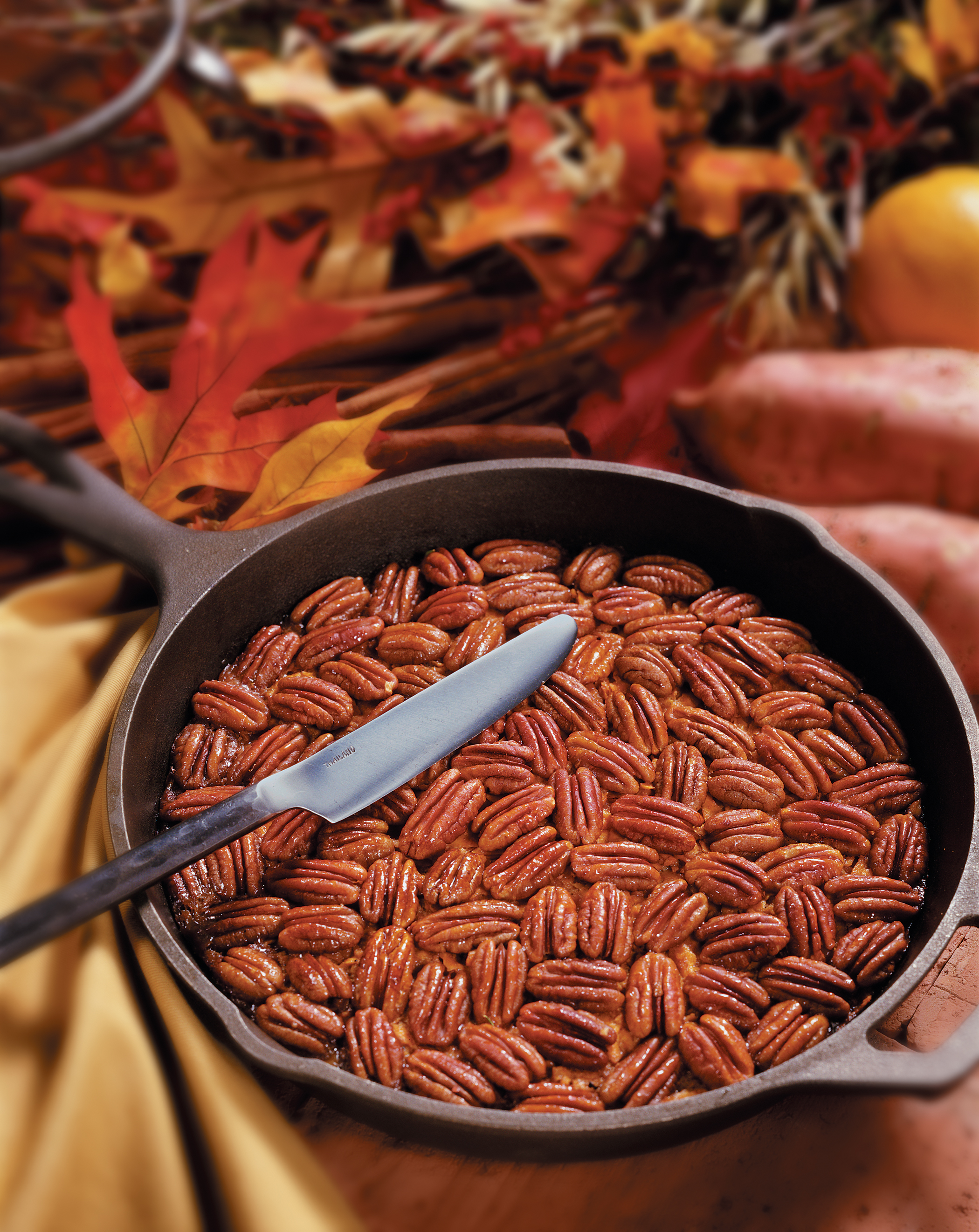 In a large bowl with electric mixer, beat 3 tablespoons butter and the sugar until light and well blended. Add the eggs and beat until fluffy. Beat in orange juice and zest. Combine the flour, salt, cinnamon, and ginger and stir into mixture until blended.

Peel the sweet potatoes and coarsely grate in food processor or by hand. Stir into the egg and orange mixture. Melt the remaining 2 tablespoons butter in a 10-inch ovenproof skillet, or cast iron skillet, over medium-high heat. Coat the bottom and sides of skillet with melted butter.

Spread the sweet potato mixture in skillet and increase heat to high, cooking just until the first steam escapes from the middle of the mixture. Mix the pecans and corn syrup to coat evenly and then spread pecans in a single layer on top of sweet potatoes. Bake on middle rack 40 – 45 minutes or until center is firm. Cool at least 15 minutes before serving.